In 2016, the entire world used 82% of the energy for heat and transportation. The rest 18% was used for electricity. Out of the total energy, 80% came from fossil fuels, 10% from biofuels, 5% from nuclear and 5% from renewable resources like hydro, wind, solar and geothermal. But one should know that fossil fuels are non-renewable sources of energy. Once these get used up to their full extent, it is not possible for us to create new sources of energy without spending a huge cost on investment.

Since India is a developing country, the levels of energy consumption of energy on a daily basis in different sectors goes on increasing. Energy is used extensively because of societal transformations such as population growth, economic growth, and industrialization. After China and the U.S., India is the world’s third-largest consumer of energy. Energy is being consumed on a large scale and it has, thus, become a global issue for which we need to have some solution.

For the purpose of creating new sources of energy and reduce the depletion of non-renewable resources, the government of Maharashtra has founded an organization that works for the same purpose. Maharashtra Energy Development Agency or MEDA is an institute run by the Maharashtra government in accordance with the Federal Government of India to regulate the use of renewable sources like solar energy, bioenergy, and wind energy.

MEDA has the largest wind monitoring projects in the country. It had 409 wind monitoring stations installed by 2016. Also, Maharashtra is the first state in India to have set up its own Solar Radiation Resource Assessment stations on its own. There are 15 stations so far that generate accurate and investment-grade solar radiation data.

The institute has started many energy conservation programs so that there may be an alternative for the fossil fuels which are being depleted. It has started the Save Energy Program, Waste Heat Recovery Program, Energy Clubs Establishment in School and other such policies to promote conserving energy for future generations. For all these efforts, the government has been generous to felicitate the entire organization by giving awards. It has been receiving awards for its work since the very start. Recently, in the year 2019, MEDA was awarded the 2nd National Award for activities in energy conservation. It has been very productive in using the funds given by the government as well as from donations.

Renewable sources of energy like wind, thermal, solar and tidal energy are quite useful because they help the environment in various ways. It helps in reducing greenhouse gases which are caused because of non-renewable resources. Renewable sources also help in improving health conditions as the emission of harmful gases like CO2 are reduced, improving the quality of air. Non-renewable resources aren’t easily replenished. The main objective of MEDA is to provide more and more of such sources for future generations. Many organizations that want to take up the project of creating sources of renewable energy can collaborate with MEDA. MEDA is willing to work with other such organizations striving for the betterment of future generations. You can fill up the registration forms and read all the rules and regulations on the website provided by MEDA.

MEDA is not only saving energy but it is preserving the environment as well. We all can join our hands together with MEDA and do a tiny little thing if not a big one! 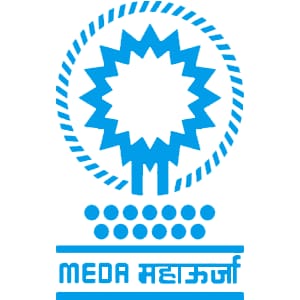