The words women empowerment is something we hear every day and everywhere. The empowerment of women and the improvement of their political, social, economic and health status is highly important. The participation and involvement of both men and women is necessary for leading a productive life. The principle of gender equality is inscribed in the Indian Constitution in its Preamble, Fundamental Rights. Woman Empowerment is a global issue and the concept of woman empowerment was introduced in 1985 at a conference at Nairobi as the end of the decade assessment of progress and failure.  Empowerment of women can be categorized into five parts, i.e. social, educational, economic, political and psychological. Among the problems that women face, education is discussed in length.

Even after 72 years of independence, after all the movements and meetings held in the account for women’s education people are still needed to be reminded that women are equals and their education and growth are just as important as Men’s. Special measures need to be taken to eliminate discrimination, universalize education, eradicate illiteracy, create a gender-sensitive educational system, increase enrolment and retention rates of girls and improve the quality of education to facilitate life-long learning as well as the development of occupation, vocation, technical skills by women. Women in education not only helps in the development of human resources but in improving the quality of life at home and socially. The literacy rate in India, especially women’s, though increasing, is not equal to that of males. For example, in 2001 the literacy rate of males was 76.0 whereas, that of females in 54.0. In 2011, the literacy rate of males is 82.1, whereas that of females is 65.46. There are also geographical differences among the literacy rate across the country. Female literacy among the four large states Uttar Pradesh, Rajasthan, Bihar, and Madhya Pradesh is lower than average (53.67%), while states such as Kerala, Goa, and Mizoram have higher female literacy rates.

·         Inadequate school facilities can sometimes serve as a deterrent for the girl child’s participation in formal school. This includes inadequate sanitary facilities, shortage of female teachers and gender bias curriculum.

·         Some barriers are sociological, rooted in gender stereotyping and gender segregation and others are driven by economic concerns and constraints. Some of the stereotyping is that women are meant to do domestic work as opposed to men who study, work and earn.

·         Parental reluctance to educate girls is a huge factor inhibiting their access to education. For women, education is seen unnecessary as women are meant as child bearers.

·         Economically poorer sections are often not in a position to send their children to school and are likely to invest in the male child than the female child if at all they can afford it.

·         The most horrifying of all is Child marriage. Every year millions of girls are married under the age of 18. Walking alongside child marriage is pregnancy, which also lies as a barrier.

The National council for Women, started by Durgabai Deshmukh in 1958, to ensure equal rights to women. The solutions for these barriers can be achieved by simply tackling the existing barriers.

·         Effective enforcement of compulsory education for women and creating such an environment to support women's education.

·         Setting up women schools and colleges where co-education is frowned upon.

·         Acting and participation in educative propaganda to break down traditional mindset against women’s education.

At the end of the day, people need to keep in mind that women’s education and empowerment is an important issue as any towards development. The education of women is the most powerful tool to change the position of society. Education also brings a reduction in inequalities and functions as a means of improving their status within the family. 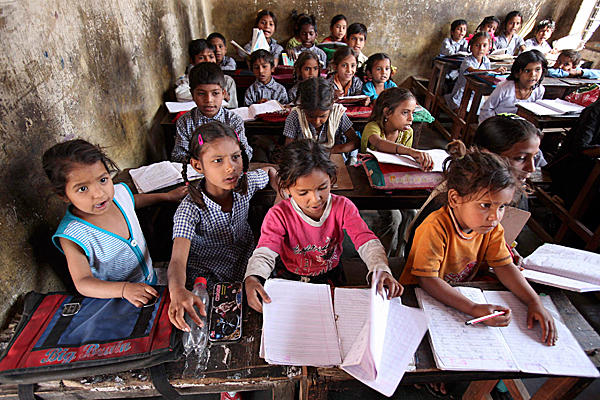