Solid waste is the major factor contributing to land pollution. In India, around 62 million tonnes of waste is generated from rural and urban areas. Out of which not even 60% is collected and only 15% is processed. The waste that is not collected ends up being burnt by the people or dumped in nearby areas. People hardly realize that they are giving a boost to diseases in their neighborhood by doing so.

Waste has already become a major problem for people living in metropolitan cities. People today have got used to throwing the waste on the streets, be it a historical place or a tourist place. This not only invites unsanitary sight for one, but it ruins the beauty of the place we should rather be preserving.

Waste Warriors is one such organization that has been undertaking the task of waste collection, waste management consultancy, and event waste management. The birth of Waste Warriors happened because Jodie Underhill, a tourist from England came to India to indulge in the natural beauty of our historic cities. In 2009, she traveled to Tibetan Children Village in McLeod Ganj, Dharmsala. There she was supposed to conduct letter-writing workshops for sponsorship secretaries. Jodie was baffled when she saw that the pristine beauty was now submerged under dumps of garbage. This led to a cleanliness drive led by Jodie and some locals who offered to be her volunteers. Together they cleared out all the hills of garbage that had been formed near and around Triund. They segregated the waste and then sent them out to processing. The wet garbage was sent to be converted into compost. The dry garbage was sent for recycling.

Waste Warriors has been working since then. In April 2011, they went to the sacred Gaddi temple Guna Mata to clean. In the same month, they hired their first employee Lok Man to empty the dustbins bought for locals. In November, they went all the way to Bhagsunag Waterfall, a popular tourist spot. Many volunteers joined this drive and helped Jodie clean the playgrounds which were being used to dump waste. Tashi Pareek joined the group in December 2011. Many employees had been hired because Jodie alone could not handle the workload which was increasing as the days were passing by.

The very first urban project of the team of Waste Warriors was the Dehradun campaign which started in 2013. They started their drive with the cleaning of Anekant Palace, moving to Astley Hall, Jakhan, Jakhan Forest, Rajpur Road, and settling down to Gandhi Park. Waste Warriors have cleaned all these places with the help of their employees and upon seeing their effort for a cleaner society, the locals and school students joined them. They even undertook the task of poster removal, village waste collection service, and community clean-up drives. They received funding and contributions from various businesses and trusts which has given them some kind of motivation to continue the job.

The team has worked to clean many great events like the Sunburn Festival (Goa), Manimahesh Yatra (Himachal Pradesh), numerous IPL and ODI matches in Dharamsala and Mohali Stadium, the Wipro Chennai Marathon, Airtel Hyderabad Marathon and many others. In the Airtel Hyderabad Marathon, (held on 27 and 28th August 2018) Waste Warriors, working with other volunteers from Green Army and Independent Waste Workers, collected up to 5 tonnes of waste in just 2 days whereas in the Uttarakhand Spring Bird Festival (dated from 4th February to 8th), around 6000 kg of food waste, 60 kg of non-recyclables and 220 kg of recyclable waste was collected. In Times Dehradun Cyclothon, The Wipro Chennai Marathon, Pedal-a-thon (Dehradun), Welham Girls Charity Event Karkamal (Dehradun) and other similar events, the team managed to show their dedication towards a cleaner environment.

The main objective of Waste Warriors is to make every single person aware of the problems improper garbage disposal brings with it. One should be aware of the responsibility he has towards his society and his nation, in a wider sense. Their principal aim is to create systems to dispose of the waste in such a way that it neither harms the environment nor the people living in it. We, as citizens, have acted rather selfishly and it is time to make things right! We can join hands with Waste Warriors either by volunteering or by donating. It is time for us to give back to the environment we live in and make it as pure as it was before! 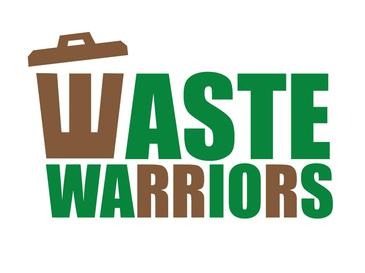