ROLE OF CINEMA IN INCENTIVIZING TRAVELING

“Oftentimes, our passion and drive for travel are personal, but the reasons why we are our best selves when we travel are largely universal.”

The Indian Cinema has undoubtedly been one of the prime influencers in many of the economic aspects of the country, and one of the greatest impacts is on the Indian Tourism Sector. Cinema is one of the major escapes for people to get away from their monotonous schedule. Not only travel films provide a sense of relaxation, but they also play a key role in changing the perception and mindset of the audience. The movies which emphasize traveling are often looked upon by the audience and leave a long-lasting effect. The way they portray the beautiful and exotic locations inspires the people to enjoy their lives as their favorite characters do on screen.

The impact of these movies not only inspires people to travel across the country and abroad but has also been responsible for generating employment in the tourism sector of the country. With more people setting off to travel, a lot of businesspersons have been investing in existing tourism-related companies and start-ups. A recent study shows that India has become an important member of the global consumer market.

The main focus of the movies is not only to show different places around the world but also pave a way for the characters to discover themselves which is one of the chief factors for the purpose to travel. The specific locations of the places that are shown in the movies visited by their favorite characters, not necessarily being extravagant, are the one which is more sought after since they touch them on a personal level. People are drawn towards traveling since the characters in the films are shown being open to numerous options and broadening their perspectives after traveling for a while which helped them find the direction in their lives giving rise to character transformation.  This is what the people and mostly the youth crave for.

“One’s destination is never a place, but a new way of seeing things.” - Henry Miller

Here is the record of some of the movies which portray the beautiful and inspirational travel journeys that left Indian audiences captivated:

This movie had one of the major positive impacts on inbound tourism, starting from the early 21st century to date. It set benchmarks and inspired millions of people to travel Goa  The idea of friends going out on a Goa trip together has gained immense popularism in Indian households which led to a significant elevation of Goa tourism.

This movie stood out from mainstream cinema due to its unconventional story but most importantly for its picturizations of the beautiful locations of Kashmir and Himachal. The movie featured beautiful places of Aru Valley, Pahalgam, Spiti and many such hidden treasures situated around the hilly regions of the North. The wide highways of the North, the snow-covered mountains and the tribes garnered massive popularity after the movie’s release, making the places one of the most visited places by Indians and foreign tourists, boosting the Indian tourism sector.

It was one of the most inspiring and feel-good movies of the decade, especially for the youth. The movie featured the beautiful landscapes of Gulmarg, Kashmir (portrayed as Manali in the movie). The other half took us through the royal palaces of Udaipur and magnificent forts of Rajasthan. This film gave a major boost to Manali and Rajasthan tourism, mostly contributions of the youth with an adventure spree, or just to relax on weekends in the warmth of Rajasthan.

A dilapidated hotel hosts seven British tourists who come to Jaipur on a holiday, each having his/her ambition along with their host, who is also trying to get a grip on life. This movie showed the rarely showcased and raw side of Jaipur and Udaipur of Rajasthan. It included the places around the City Palace, the Marigold market, and on crowded buses and streets. The movie created a lot of buzz on its release inspiring many people to travel the raw places of the pink city, resulting in increasing the tourism value and count of Rajasthan. 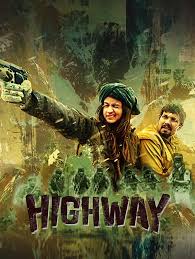 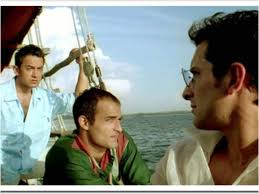 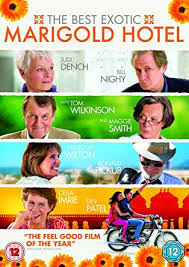 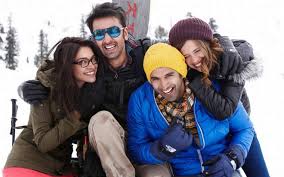