TO DELHI AND BEYOND...

Delhi Greens is a non-governmental organization founded by the trio Ravinder Bawa, Aastha Kukreti, and Govind Singh backed by the belief that initiating green actions is the only possible way for sustainable urban development. They were shepherded by the mission of educating the masses and inviting their participation for sustainable development. They administered the propagation of the message of environmentalism and green economy while promoting the global initiatives with these goals. The organization aspires to act as a watchdog for protecting the forests and biodiversity of India.

Public awareness is the prime concern for the organization. It periodically organizes seminars autonomously or in coordination with other agencies. The Third Delhi Youth Summit on Climate Change was one such initiative for rallying the youth together, conceived and organized by Delhi Greens and supported by the Cluster Innovation Centre of the University of Delhi. Delhi Greens has been at the helm of expanding their raison d'être to other parts of the country even other countries. In Tibet, it organized a campaign, Earth-o-Care in association with Women's Environment and Development Desk (WEDD) of the Tibetan Women's Association on the World Environment Day 2011. Their involvement in environmental campaigns such as Meri Dilli Meri Yamuna campaign was also noted in which they partnered with Nature Foundation; an environmental NGO based in Delhi.

The Delhi Greens Blog is an Environmental Portal focused on Delhi’s Urban Ecosystem. It was started by Singh and ever since its inception in March 2007, it has been put to service to hatch a manifesto that included the much-publicized hashtags celebrated by the Millennials, for instance, the #beatairpollution, #bewaterwise, #beatplasticpollution and so many more. The Delhi Greens Blog is an ICT Tool corroborating environmental awareness for ensuring the protection of Our Common Environment. It keeps you posted with the latest green happenings moreover has established evidence of being an information portal for events and activities in Delhi NCR relating to the environment and being the forefront of the global and Indian environmental movement.

The blog won the IB Awards as the Best Blog under Social and Environment category in 2013 and was listed by the United Nations as a Momentum for Change: Lighthouse Activity for developing Climate Resilience in 2018. the blog has victoriously exerted itself as an information hub by banking and broadcasting information about global views, news and expert opinions concerning the environment.

It has unremittingly promoted and supported eco-tourism and has used it as a tool for creating awareness among the public on environmental conservation additionally brought forth an allocated meeting ground for the interaction of environmental agencies, government departments, private agencies, and the general public. The expedition of these phenomenal young minds could not be more of assistance to the environment that we live in. 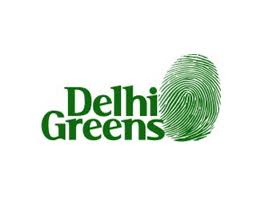