The Live Love Laugh Foundation: An unapologetic fight against depression in India


8PE Category: Self Well Being

The complexity of humans’ mind can sometimes turn them into their own worst enemies. Mental illness affects the basic functioning of people, their coping abilities as well as their intelligence. Visible symptoms can successfully lead to the detection of any disease but what about the more apparent ones? The ones that eat our brains from the inside rarely displaying any visible symptoms? The answers to these questions lead us to the threat of our constantly degrading mental health due to increasing stress, toxic relationships or unhealthy lifestyle.

Some organizations had taken various initiatives in the past to curb the menace of growing mental illnesses in India. One such organization is The Live Laugh Love Foundation which was founded by famous Bollywood and Hollywood actress Deepika Padukone in 2015, after her struggle against depression. The NGO primarily focuses on the rising issue of depression amongst people in India. It aims to treat the taboo we associate with mental illnesses especially depression in India. Its main objective is to work in the area of mental health with a specific focus on stress, anxiety, and depression. The organization states that its main goals or objectives are:-

(3) Encourage research that would lead to locally engineered solutions.

It aims to achieve these objectives by partnerships and collaborations with like-minded organizations in the field of mental health that have similar objectives. This organization also has various Programmes operating at the school-level which focuses to educate adolescents and teachers on stress, anxiety, and depression while aiming to reduce the stigma that surrounds mental health. The Live Laugh Love Foundation also partners with other organizations and NGOs and work towards establishing strong links with reputed institutes such as NIMHANS and TISS. The team of TLLLF brings together a group of trained and experienced professionals working towards achieving the organization’s objectives. The team includes - Kiran Mazumdar Shaw, CMD, Biocon, Dr. Shyam K. Bhat, Anna Chandy, and Dr. Murali Doraiswamy. It also accepts donations from enthusiastic people around the world for strengthening its cause. The official website of TLLLF also has a separate portal for people to share their struggle with depression, anxiety or any other related mental illness. This page consists of inspiring stories of people from all over India with similar experiences. It leads to the acceptance of an illness as apparent as depression. Also, the website offers helpline numbers and contacts of various other organizations, if, someone is in dire need of help. Some of the foundations/organizations/NGOs listed on the helpline portals are - Mitram Foundation, Arpita Suicide Prevention Helpline, Sneha, iCALL, etc.

The Indian perspective on mental health and the treatment of mental illnesses in India remains one ugly truth of its society. According to the World Health Organization, the burden of mental health problems is of the tune of 2,443 DALYs (disability-adjusted life year) per 100,000 populations, and the age-adjusted suicide rate per 100,000 populations is 21.1. It is estimated that, in India, the economic loss, due to mental health conditions is 1.03 trillions of 2010 dollars (2012-2030).  To tackle the problem mental health workforce in India is per 100,000 people, psychiatrists (0.3), nurses (0.12), psychologists (0.07) and social workers (0.07). The Live Love Laugh Foundation conducted a survey on the perception of people with mental illness by the common people who were not provided with any clinical term which clearly portrayed the ignorance of the Indian population when it comes to mental health.

Mostly, they tend to not treat it as a health condition at all! It can also be mentioned that due to the presence of superficial beliefs amongst the Indian society (especially the illiterate or rural population) mental illnesses are termed as ghost-possessions, witchcraft or black magic, etc. Mental health conditions generally affect the youth who are mostly students or working individuals. Also due to internet addiction amongst young people, which often leads to depression, social anxiety, inferiority/superiority complex, mental illnesses pose a great threat.

However, in 2017 the Mental Health Care Act was passed in India, which aims to empower people suffering from mental illness and to safeguard their rights and access to treatment without discrimination, amid other clauses. Thus, it can be said that the Indian government, too, is taking its baby steps towards strengthening the mental health of its people. Also, a progressive mindset, as well as empathy, is essential when dealing with mentally ill people. Being a happy country is one of the key aspects of becoming a developed country now. 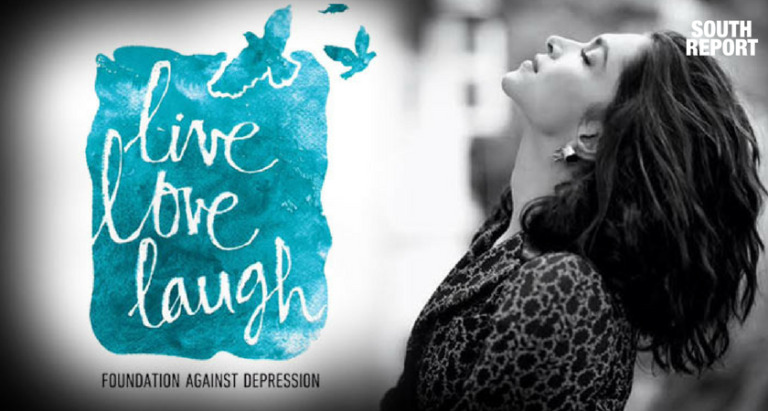