Learning to be 'body positive'.


What’s the ‘Size’ of Confidence?

Finding clothes that fit him perfectly is a rarity even when he is a leading American model, charming, suave and sassy. This man has a 40 inch waist, weighs 275 pounds and carries himself with immeasurable aplomb giving serious insecurities to men struggling their ways to bodily perfections. Zach Miko may or may not fulfil the gendered yardsticks of a male model but he has an unavoidable personality, a presence that cannot be avoided and a besotting charm about him. He carries a rebellion in himself, by merely being himself: a tall, normal guy who happens to be ‘plus sized’, bearing no ‘have to have’ requirements of a top notch male model (except ofcourse his peerless confidence and sass). This guy from Connecticut started humble in the entertainment industry as a comedian and writer, but fate had awesome plans for him. The American agency ‘Target’ was in need of a tall and hefty man for a particular photoshoot and Zach was one of the earliest recommendations. Although his first shoot didn’t do quite well due to the size issues of the clothings, he was nevertheless called in for a second round and later several other re-shoots and then the beautiful conspiracy of his stars began. Honoured thus as the first ‘Plus Size’ male model for any fashion agency, an unparalleled precedent on it’s own, Zach Miko never looked back and went on to become IMG’s first ‘plus sized’ male model in a category they address as ‘Brawn’. This success was not only his own’s but it was a victory for every other American guy whose bodily proportions are supposedly improportionate.

Currently the shining face of ‘Brawn’, Zach has to say “..it’s like taking the first humbled feeling and multiplying it by 10. It is such a honor to be the first Brawn model signed to a major international agency. I hope there are a million more after me”.

Zach is an inspiration simply by refusing to acknowledge the ‘imperfection’ tag attached to his figure and by falling in love with himself. His dominating presence or his wide waist or his non-presence of the coveted abs in no way makes him ‘un-beautiful’, it simply makes him ‘unconventional’ and ‘un-stereotypical’. He has the balls to flaunt his perceived ‘flaw’ as a finesse. It takes enormous courage to accept oneself just the way one is and Zach goes way ahead of acceptance, he understands his self-worth and his very own beauty that some eyes may never see. Apart from his scintillating modelling career Zach has shown his mettle in acting featuring in hits like ‘The Wolf of Wall Street’, ‘A Leg Up’ and in T.V credits ‘Shades of Blue’, ‘ My Crazy Love’ or ‘Undiscovered Country’. Apart from these he is an active theatre person.

At one point this man seems too perfect in his own ‘imperfect’ style. Zach opens up about body shaming and body positivity throwing bitter tirade on the established notion of ‘toxic masculinity’ that continues to haunt the gender construction in the society. ‘Why is it that a ‘sexy man’ is the one who matches the asterisks that the popular culture affixes to masculinity?’ Zach’s very own version of ‘sexy’ asks this every time he sizzles through the ramp.

It is beautiful to see Zach in particular, shine in an industry and in a society where beautiful and ugly are distinguished by a few inches’ difference. And it is satisfying to see in general ‘plus size’ men and women affirming their beautiful identities, where only decades ago the word ‘modelling’ would bring in a whole pool of ratios and proportions.

Zach and hundreds other ‘plus size’ beauties like him continue to encourage people who get intimidated in front of the mirror. They tell how their perfection is hidden under layers and layers and veils and covers of superimposed imperfections.

Come on handsome, fall in love with yourself... 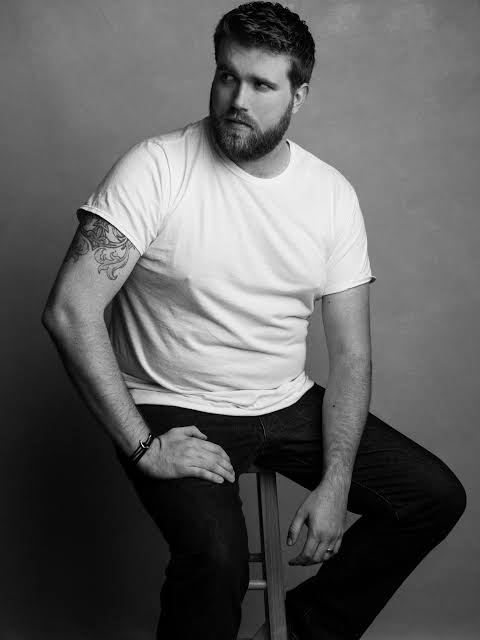