Digital India - What it holds for you and me?

You must have heard about the 'Digital India' campaign in news, through word of mouth or otherwise, but did you ever wonder what all this campaign may hold for you in terms of benefits seen and unseen? Let's see!

Homing the world’s second largest population, India faces several challenges across cities, towns, villages and different income groups making effective governance troublesome. But the good news is that the pervasiveness of the Digital’  has provided the government with the ideal platform to bring about a positive change in governance. With Digital India, the country is transforming from a data poor to a data-rich nation. This data can be intelligently harnessed to derive insights that help solve problems for a majority of citizens, if right technology is used.

Launched on 1 July 2015 by Prime Minister of India, Narendra Modi, it is a campaign launched by the central Government to ensure the Government's services are made available to citizens electronically by improved online infrastructure by increasing Internet connectivity and making the country digitally empowered in the field of technology.  The campaign is both an enabler and a beneficiary of the key Government of India schemes, such as BharatNet, Make in India,  Startup India and Standup India,  industrial corridors,  Bharatmala, Sagarmala,  dedicated freight corridors, UDAN-RCS and E-Kranti.

~Digital Infrastructure as a core utility to every citizen

~Governance and services on demand and

The programme aims at pulling together many existing schemes. These schemes will be restructured, revamped, re-focused and will be implemented in a synchronized way. The common branding of programmes as Digital India highlights their transformative impact. While implementing Digital India programme, there would be wider consultations across government, industry, civil society, and citizens to discuss various issues arriving at innovative solutions for achieving the desired outcomes of the campaign. Department of Electronics and information technology has already launched a digital platform named as “myGov” (http://mygov.in/) to enable collaborative and participative governance. Moreover, several workshops are being organized to discuss the implementation approach of the vision areas of Digital India.

India was ranked at 107th place (as of 2016) in the world in e-governance according to the UN e-governance index, despite the steps and measures taken by the government to ameliorate e-governance.

Digital Economy’s benefit to the Government:

● Removal of Black Economy: When transactions are made digitally, they can be easily monitored. By restricting the cash-based transactions and using only digital payments, the government can efficiently expel the black economy.

● Increase in Revenues: This is one of the most obvious and common benefits of the digital economy. When the transactions are digitized, monitoring sales and taxes becomes convenient. This, in turn, increases the revenue of the government, resulting in growth of the overall financial status of the country.

● Empowerment: One of the biggest advantages of moving towards digital economy is that it gives an empowerment to the citizens. When the payments move digital, each and every individual is bound to have a bank account, a mobile phone, etc. This way, the government can easily transfer the subsidies directly to Aadhaar-linked bank accounts of people. This feature is already in place in most cities. One example of that would be the LPG subsidy that government gives is done via bank transfers these days.

● Paves the way to e-governance: The quicker, safer, and more efficient alternative to traditional governance, e-governance will be the ultimate outcome of the digital economy. From birth certificate to death certificate, everything is available online, making it convenient for  the people to access the information they require. Digital economy will definitely pave way to e-governance, where delivery of all government services would be done electronically.

● Employment generation: The digital economy has a lot of potentials to enhance job opportunities in new markets as well as increasing employment opportunities in some of the existing occupations in the government. This way, the unemployment rate in the country will decrease.

The short and long of it is that despite the difficulties and shortcoming to digitalise the country, Digital India will empower India to soar to new heights in e-governance. The Digital India will also help in bridging the gap between technology haves and have nots.

However there is still a need to focus and prioritize social impact projects, particularly in education, healthcare, and agriculture to enhance the digitalisation process in India. A report estimated that India needs over 80 lakh hotspots as against the availability of about 31,000 hotspots at present to reach the global level of one Wi-Fi hotspot penetration for every 150 people. Low digital literacy is key hindrance in adaptation of technologies in India. The digital infrastructure is comprehensively inadequate to tackle the growing increase in digital transactions of the country. Our country needs to buckle up in order to uphold a strong and affirmative stance in the world. 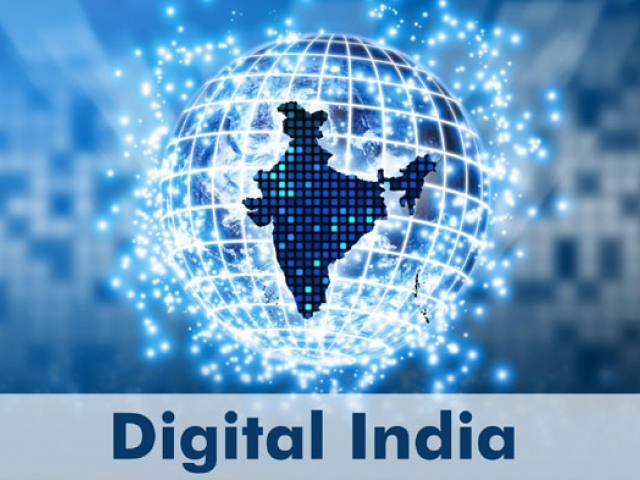