My Father, let our consumers awake!

A consumer is considered to be the queen of the market and the business is expected to provide maximum possible satisfaction to them. But, in actuality, consumers are often exploited and harassed due to the ignorant behaviour and lack of unity among them. Fake and misleading advertisements, unsafe and adulterated products, overpricing, overcharging, overweighing, etc. are some of the ways in which businesses abuse their customers and consumers. Unscrupulous and avaricious businessmen exploit consumers. As a result, consumers are deprived of their basic rights.

The Consumer Protection Act 1986 defines a consumer as, “a Consumer is a person who purchases a product or avails a service for a consideration, either for his personal use or to earn his livelihood by means of self-employment. The consideration may be:

Paid promised partly paid and partly promised. It also includes a beneficiary of such goods/services when such use is made with the approval of such person.”

What is the need for consumer protection?

Enacted in 1986, this Consumer Protection Act protects the interests of consumers in India against deficiencies and defects in goods or services. It makes provision for the establishment of consumer councils and other authorities for the easier and quicker settlement of consumers' disputes and related matters. The CPA, 1986 is also known as COPRA Act.

The grievances of the consumer can be solved with the remedies such as:

According to CPA, 1986, the following rights are guaranteed to the consumers:

The right to be protected against the marketing of goods and services, which are hazardous to life.

The right to be informed about the quality, quantity, potency, purity, standard and price of goods or services, as the case may be so as to protect the consumer against unfair trade practices.

The right to be assured, wherever possible, access to a variety of goods and services at competitive prices.

The right to be heard and to be assured that consumer’s interests will receive due consideration at appropriate fora.

It is right of every Indian citizen to be educated on matters of consumer protection and the rights given by Consumer Protection Act 1986.

The Department for consumer affairs:

DCA is one of the two departments under Ministry of Consumer Affairs, Food and Public Distribution and is the nodal agency for consumer protection. The mandate of DCA is consumer advocacy. Converting this mandate into action entails:  Enabling consumers to make informed choices; Ensuring fair, equitable and consistent outcomes for consumers; and facilitating timely and effective consumer grievance redress. It empowers consumers through education and awareness; enhances consumer protection by ensuring prevention of unfair trade practices; enables quality assurance and safety through standards and their conformity; and ensures access to an affordable and effective grievance redress mechanism. DCA has been entrusted with administering: The Consumer Protection Act, 1986; The Legal Metrology Act, 2009;  The Bureau of Indian Standards Act, 1986;  The Essential Commodities Act, 1955;  The Prevention of Black Marketing and Maintenance of Supplies of Essential Commodities Act, 1980;  National Test Houses Consumer Cooperatives. It also keeps an eye on the Prices and the Availability of Essential Commodities.

What is the role of Consumer organisations in consumer protection?

Jago Grahak Jago: The slogan 'Jago Grahak Jago' has become a household name as a result of the publicity campaign undertaken in the last 5 years. Through the increased thrust on consumer awareness in the XIth Five Year Plan, the Government has endeavoured to inform the common man of his rights as a consumer. As part of the consumer awareness scheme, the rural and remote areas have been given the top priority. The Government has used multiple channels to create awareness it includes: Print media advertisements, Audio Campaign, Video Campaigns, etc.

Who can file a complaint?

Against whom can a consumer file a complaint?

Apart from these initiatives the standard marks like the ISI, Agmark, Fruit Products Order (FPO), Vegetarian and Non-Vegetarian Mark, Wool Mark, etc. are also playing a vital role in the product standardization.

Considerable measures have been taken to protect and encourage consumer protection. A consumer should obtain full information regarding quality and price of the good before making any purchase. He should be fully aware about the false/ misleading advertisements.
In helping consumers to exercise their rights, quality and standards have a crucial role to play. Standards provide consumers with reliable benchmarks of quality. Now, it is the consumer’s responsibility to practice these rights and perform his/ her duties as a citizen of the country. Let us all take a pledge to neither withstand any kind of exploitation done to us, as consumers nor to exploit any consumer, as a business person to make this world a better place for ourselves, as Mahatma Gandhi has rightly said,

“Be the change you want to see in the world.”

For more such updates on knowing laws, rights and privileges - https://www.commondove.com/blogs/6/ 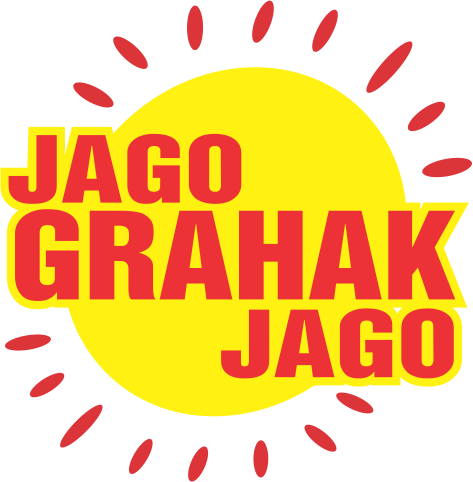