Did you know that 'Air pollution in Delhi' has its own Wikipedia page? Shocking, isn't it? Delhi, the capital city of India, has an air quality that is so poor that it has caused around 2.2 million children irreversible lung damage, not to mention other chronic respiratory ailments and asthma. The air quality especially deteriorates during the winter months due to burning of leaves, bursting firecrackers during Diwali, along with industrial air pollution and vehicular emissions. The Government chose to shut down schools, ban firecrackers and excessive use of diesel generators as a remedy to the Great Smog incident. However, this cannot be a long term solution to the problem.

Being Green is a Non Government Organization based in Delhi that takes pride in bringing about a more evolved Green Initiative.  They associate Green with an overall empowerment of the society. They have a village empowerment programme, in which they have successfully installed solar integrated street lights and water pumps for wells. They also have a project 'Lakshya' which focuses on increasing the literacy rate of our country by providing free education to the children dwelling on the streets and in slums.

Along with that, Being Green also conducts Tree Plantation drives on various occasions such as National Holidays and festivals. They have an initiative that promotes the One Man One Tree concept, in which every member of their organization plants one tree on his/her birthday and looks after it for the rest of their life. This way they are sending a message to all the people that one man planting and looking after one tree will add up to millions of trees in a short duration, thus encouraging the Green Initiative.

They also have another fun project known as The Facebook Tree Plantation Drive, which was founded taking into consideration the vast scope of technology and social media in today's world. Being green plants one tree for every 100 likes that they get on their Facebook page, which has twofold benefits. Once a person likes their Facebook page, they will be updated on all the events and programmes conducted by the organization, thus bringing about awareness, and one tree will be planted, which is a step closer to the city, nation, and the world being a more breathable, healthy space.

For more such updates on social causes, use the Commondove app: https://bit.ly/commondove 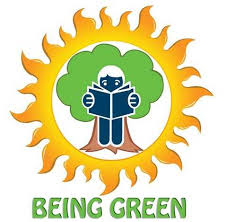